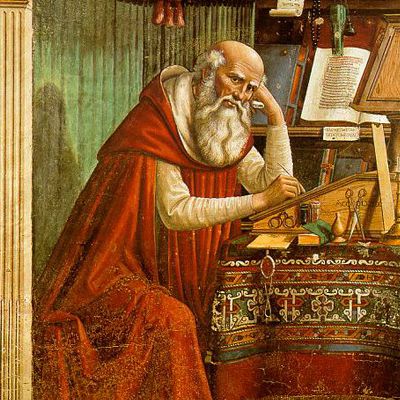 Posted at 21:04h in Homilies by St Marys Cathedral

Disclaimer:
Homilies are never the creative act of one person. So as we begin to post these homilies on our website I would like to state first and foremost that there will be nothing original in the following. My homilies are a result of my prayer, reading and study as it pertains to the particular gospel of the week. Thus, I beg, borrow and steal from the wisdom of those who have gone before me and together with the Holy Spirit acting in my own prayer considering the needs of our particular parish community here at St. Mary’s, a homily appears by the weekend. If there is something that edifies you I can take no credit for it. ‘Tis the result of the work of the Holy Spirit and those from whom I have gleaned wisdom over time. If there is something that you might wish to discuss I am always available and would welcome any opportunity to speak about the Scriptures.

At first sight, this could appear to be an entirely human conversation between a Mother and her Son. Yet Mary does not speak to Jesus as if he were a mere man on whose ability and helpfulness she can count. She entrusts a human need to his power: to a power which she is deeply aware is more than skill and human ability. In this dialogue with Jesus, we actually see her as a Mother, not who asks, BUT she is one who intercedes.

As we listen to this Gospel passage we learn from Mary the right way to pray. Mary does not really ask something of Jesus: she simply says to him: “They have no wine” (Jn 2:3).

Weddings in the Holy Land were celebrated for a whole week; the entire town took part, and consequently much wine was consumed. Now the bride and groom find themselves in trouble, and Mary simply says this to Jesus. She doesn’t ask for anything specific. She doesn’t ask Jesus to exercise his power, perform a miracle, produce wine. She simply hands the matter over to Jesus and leaves it to him to decide what to do. In these simple words of the Mother of Jesus, “They have no wine”; we see two things: on the one hand her affectionate concern for people, that maternal affection which makes her aware of the problems of others. We see her heartfelt goodness and her willingness to help. In addition to this first aspect, there is another aspect which we could easily overlook: Mary leaves everything to the Lord’s judgement. She does not tell him what to do. She does not ask Him to do anything. She merely states the situation and leaves it for Him to decide what to do. Here she is a true model of prayer.

We can understand, I think, very well the attitude and words of Mary, yet, it is hard to understand Jesus’ answer. In the first place, it strikes as odd the way he addresses her: “Woman”. Why doesn’t he say: “Mother”? But this title, not harsh, respectfully expresses Mary’s place in salvation history. It points to the future, to the hour of the crucifixion, when Jesus will say to her: “Woman, behold your son: Son, behold your mother” (cf. Jn 19:26-27). It anticipates the hour when he will make the woman, his Mother, the Mother of all his disciples. The title “Woman” recalls the account of the creation of Eve. Adam, surrounded by creation in all its magnificence, experiences loneliness as a human being. Then Eve is created, and in her Adam finds the companion whom he longed for; and he gives her the name “woman”. In the Gospel of John, then, Mary represents the new, the definitive woman, the companion of the Redeemer, our Mother: the name, which seems to us so lacking in affection, actually expresses the grandeur of Mary’s enduring mission.

I think it strikes us as equally harsh what Jesus then says to Mary: “Woman, what concern is that to me and to you? My hour has not yet come” (Jn 2:4). We want to object: She’s your Mother. Don’t talk to her that way. She gave you flesh and blood, she gave you your human nature: she bore you in her womb and with a mother’s love she gave you life.

“They have no wine.” “Woman, what concern is that to me and to you?” He is simply is stating the key spiritual questions: “Is this of God?” “Is this the will of the Father?”

Then we can understand the second part of Jesus’ answer: “My hour has not yet come”. Jesus never acts completely alone, and never for the sake of pleasing others. The Father is always the starting-point of his actions, and this is what unites him to Mary, because she wished to make her request in this same unity of will with the Father.

And so, surprisingly, after hearing Jesus’ answer, which seems to me to refuse her request, she can simply say to the servants: “Do whatever he tells you” (Jn 2:5).

Jesus is not a wonder-worker, he does not play games with his power. No, he gives a sign, in which he proclaims his hour, the hour of the wedding-feast, the hour of union between God and man. He does not merely “make” wine, but transforms the human wedding-feast into an image of the divine wedding-feast, to which the Father invites us through the Son and in which he gives us every good thing, represented by the abundance of wine. The wedding-feast becomes a foreshadowing of that moment when Jesus pushed love to the utmost, let his body be nailed to the cross and thus gave himself to us for ever, having become completely one with us – a marriage between God and man. The hour of the Cross, the hour which is the source of the Sacrament of the Eucharist, in which he gives himself really to us in flesh and blood, puts his Body into our hands and our hearts, this is the hour of the wedding feast.
Thus the momentary need of wine is resolved in a truly divine manner and the need is superabundantly met: six stone jars full…600 litres of wine…Jesus’ hour has not yet arrived, but in the sign of the water changed into wine, he anticipates that hour.
Jesus’ “hour” is the Cross; his definitive hour will be his return at the end of time. He continually anticipates also this definitive hour in the Eucharist, in which, even now, he always comes to us. And he does this ever anew through the intercession of his Mother, through the intercession of the Church.

This Gospel of the Wedding Feast reveals Our Lady as Mother, it reveals her humble, generous concern for the needs of others; it reveals her as our intercessor, through her to Jesus; it reveals her as a model of prayer, presenting a need to the Lord and trusting in His Will, knowing if we do whatever He tells us we will be superabundantly graced.