“Let all that you do be done in love.”

The Diocesan Pastoral Council is the diocesan equivalent of the Parish Pastoral Council, and both have as their ideal the greater involvement of the laity in the life of the Christian community. The Diocese is divided into four deaneries, East, Central, West and North. The Cathedral Parish belongs to the Central Deanery. Each Deanery has a Commission, composed of representatives from all its parishes, which meets four times a year  under the Chairmanship of an elected member.

The Diocesan Pastoral Council is in effect the umbrella organization for these Commissions. The liaison between the Commissions and the Diocesan Council is the Advisory Board, which consists of two representatives of each Commission (usually the Chair and Vice-Chair), with certain ex officio members such as the Archbishop, the Chancellor of the Diocese, and representatives of the larger communities of Sisters. The Advisory Board also meets four times a year, and prepares the two occasions on which all the members of all the Commissions meet together – namely, the Annual General Meeting, at which the Archbishop makes his report, and the Annual Retreat. 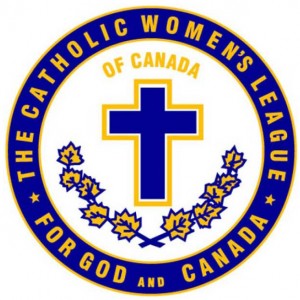 The Catholic Women’s League of Canada is a national organization rooted in gospel values, calling its members to holiness through service to the people of God. A primary objective is to achieve individual and collective spiritual development by praying and working together for the Church and the community. Membership in the C.W.L. provides an opportunity to meet and share ideas and experiences with women from other parishes at diocesan and provincial meetings and educational events. In addition, the C.W.L. has a voice in Parliament − the national president meets with the Prime Minister and other Ministers every year.

For more information see the website of the national organization: http://www.cwl.ca

Women from our parish, of all ages and backgrounds, are invited to become members. Meetings are monthly from September to May, with some exceptions, either following the noon mass or in the evening. The meetings always have a spiritual, a business and a social component. Anyone requiring transportation should contact the President. 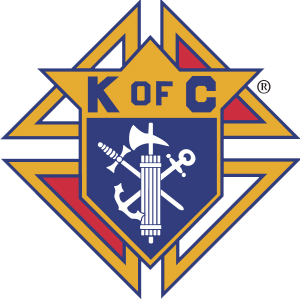 The Knights of Columbus is a fraternal organization of Catholic men who work for God and country. The local chapter, #728, is shared between the St.  Mary’s, Holy Family and St. John’s parishes.

Second Tuesday of the month