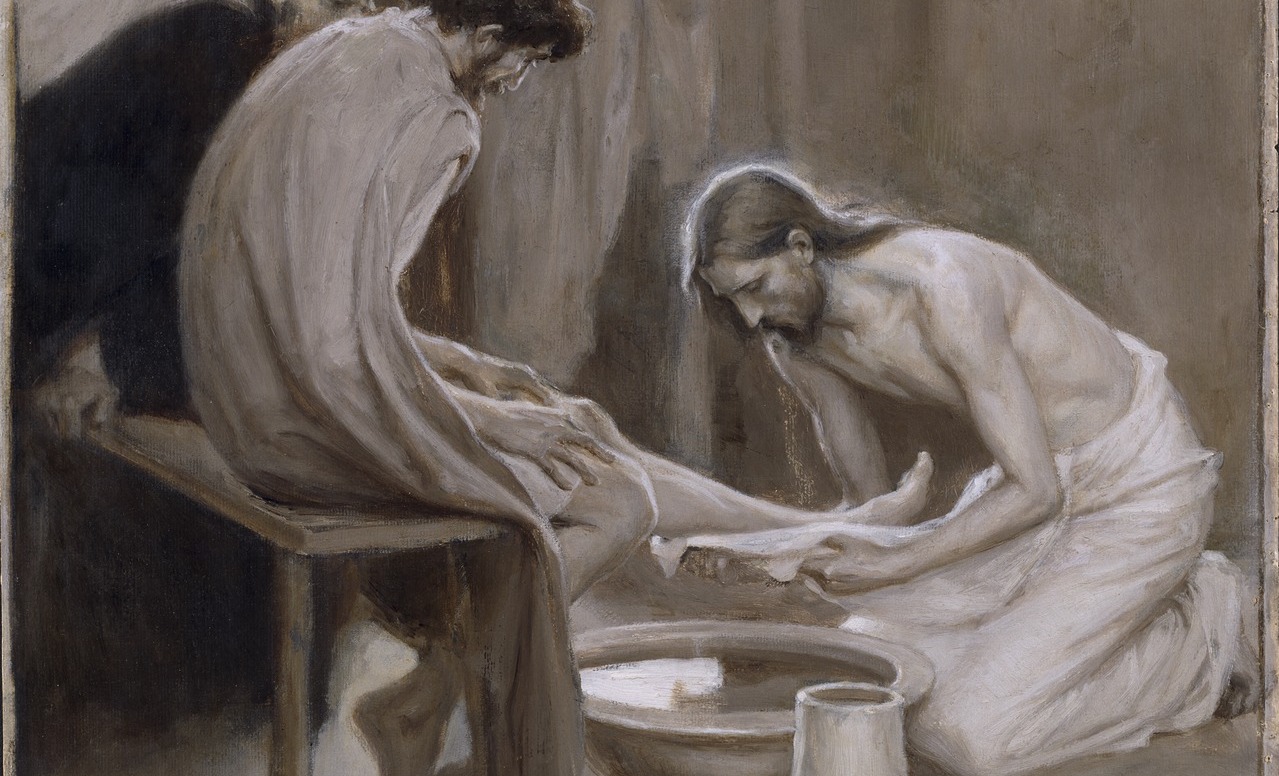 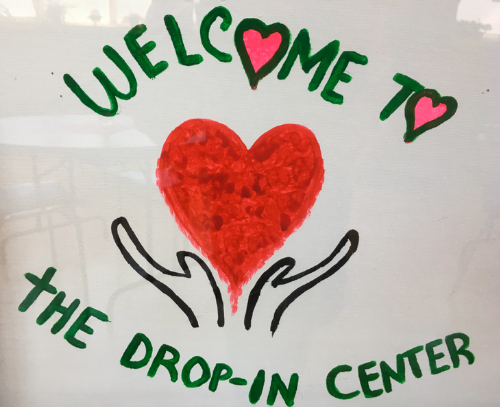 St. Mary’s Drop-In Centre is a ministry of St. Mary’s Cathedral, living in imitation of Christ’s washing of the disciples’ feet, His commandment that: “I have set you an example that you should also do as I have done to you” (John 13). Recognizing the dignity of each individual, through the corporal and spiritual works of mercy (Matthew 25:32), we care for the material, emotional and spiritual needs, of the homeless and those most in need in the city of Kingston. 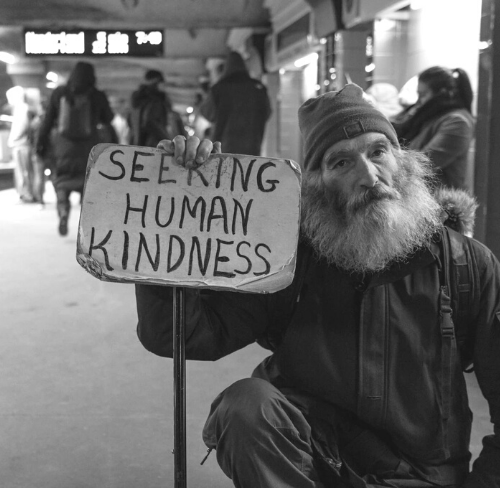 With the approach of the cold weather and cooler nights, many of our homeless guests are beginning to ask for sleeping bags, blankets and warm clothing. The Drop-In Centre has a very limited supply of these specific items on hand so we are reaching out to you for help.

Please contact Ann Lyng for an updated list of specific items and sizes needed. You can drop off the above items at the Drop-In Centre on Wednesdays from 1 pm to 4 pm when a volunteer will be available to receive your donation.  We do not have a lot of storage space so only the above specific items will be accepted at this time. Thank you in advance for your consideration in helping the homeless survive during the cold nights. God bless you. 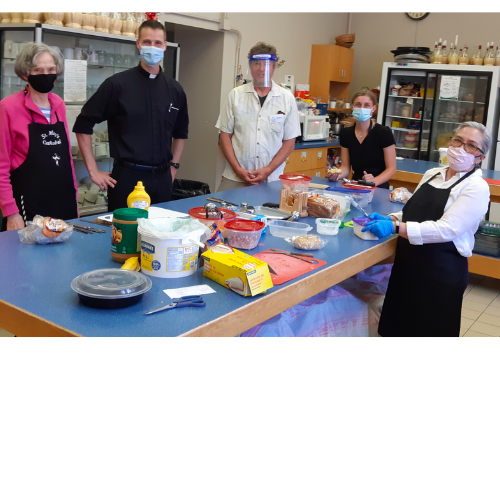 Volunteer your time to help one of our teams:

We need your help with staffing shifts, collecting/organizing donations, working at our Community Garden, and fundraising.

Our guests regard the church as a safe haven and we continually hear that our loving volunteers make all the difference. We strive to see Jesus in all those who come through our doors (Mt 25:40). We are always in need of more volunteers, particularly to staff the shifts at the Drop-In Centre and to provide pastoral care to our guests. To volunteer, please get in touch:

“I love coming here. I feel special here; it is a break from the reality of my life. You treat me as a king and welcome me. No one ever wants me around but this place is an exception.” -Donovan 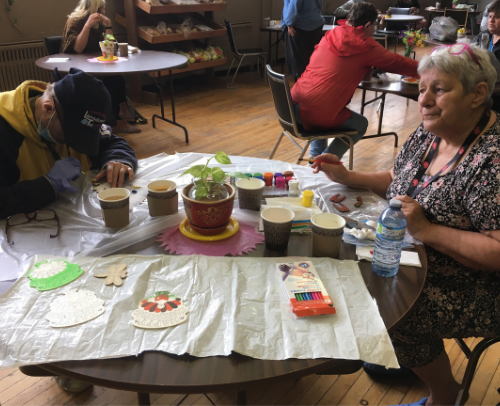 Art Class at the Drop-In Centre

We have had a great Spring and Summer at the Drop-In Centre. We remained open throughout the provincial lockdowns to serve the homeless sector. The number of our guests continue to increase. Towards the end of the month, we see around 50 people per day. Requests for clothing, our shower, and laundry facilities have all gone up during the summer.

Since our last newsletter, we have had successful events and made the best of our situation through the pandemic. In March, we celebrated St, Patricks Day with a special Irish-themed luncheon featuring Irish stew, Colcannon, Irish soda bread, Irish cream brownies, and mint ice cream The team and guests dressed for the occasion!

During Lent and Easter, we were also blessed to have numerous donations. The students at Ecole Cathedral collected and donated 1000 items of food products along with a financial donation as part of their Lenten Outreach Project. Kindergarten students made cards for our guests to show they care about them, and students made presentations in class about the mission of the Drop-In Centre.

Throughout the summer, the Community Gardens have been in progress. In addition to our large, 2400 sq. ft. garden, we acquired 2 smaller gardens which are being used to grow low maintenance crops. At least 25 volunteers have been working in our gardens, and our produce yeild is over 200 lbs more than this time last year. 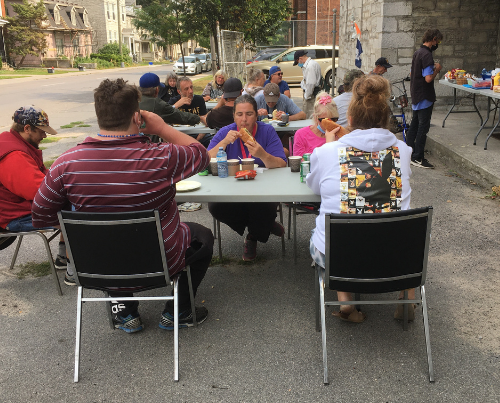 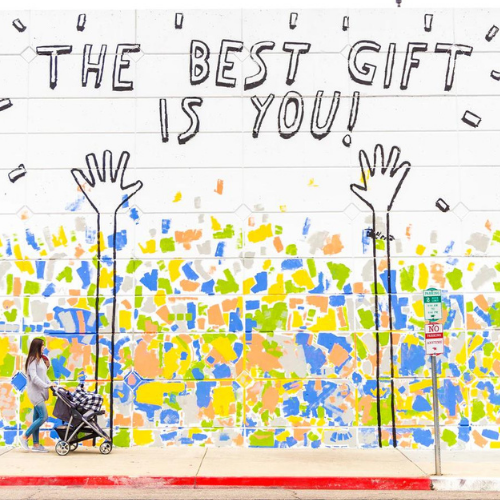 How to Support the Mission

To continue providing much-needed services to the poor in Kingston, we need your support:

Prayer and fasting for our mission

Volunteer your time to help one of our teams: We need your help with staffing shifts, collecting/organizing donations, working at our Community Garden, and fundraising. Contact Ann Lyng if you can help.

We rely completely on the Providence of God. We do not accept funding from the government so that we always keep our Christ-centred mission based on Catholic social teaching. As such, financial support from the local Catholic community is crucial. Income tax receipts will be issued for all donations over $20. You can support us through (please specify that your donation is intended for the St. Mary’s Drop-In Centre):

Food and clothing donations can be dropped off Monday-Friday, 1-4PM at 260 Brock Street:

Please contact Ann Lyng to inquire if we are in need of something you can donate, or for an expanded list of items we need. 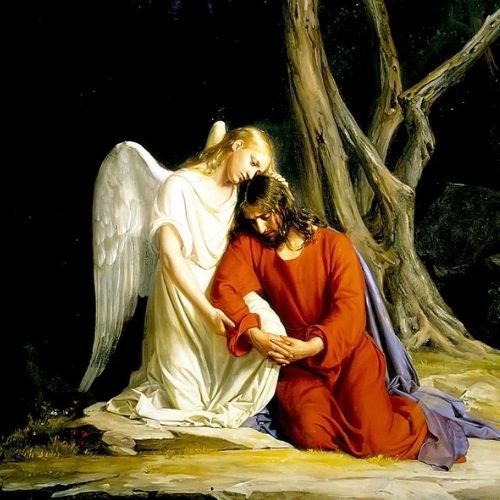 For those who cannot be actively involved in the Drop-In Centre ministry, whether due to health concerns, work schedules or other time constraints, the Guardian Angel Program is a way for you to participate from home!

You will be given a prayer card with the first name of one of our guests plus a brief description of their needs and asked to pray daily for their intentions.

Our volunteers need your prayers too!  Our dedicated volunteers have a heart for the poor but sometimes it is not easy dealing with some of our more difficult guests. Become a Guardian Angel for a volunteer. The person you are praying for will be given a reciprocal card stating that someone is praying specifically for them.
We also ask that you also remember all of our donors in your prayers, that God will continue to bless them in abundance for their charity to those in need. If you are interested in participating in our Guardian Angel Program, contact Ann at ministries@stmaryscathedral.ca or 613-546-5521 Ext 5 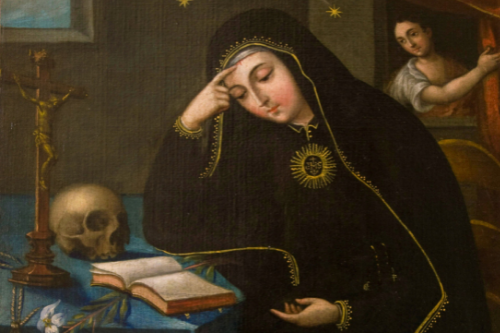 Rita of Cascia was a wife, mother, widow, and member of a religious community. Her holiness was reflected in each phase of her life.

Born at Roccaporena in central Italy, Rita wanted to become a nun but was pressured at a young age into marrying a harsh and cruel man. During her 18-year marriage, she bore and raised two sons. After her husband was killed in a brawl and her sons had died, Rita tried to join the Augustinian nuns in Cascia. Unsuccessful at first because she was a widow, Rita eventually succeeded.

Over the years, her austerity, prayerfulness, and charity became legendary. When she developed wounds on her forehead, people quickly associated them with the wounds from Christ’s crown of thorns. She meditated frequently on Christ’s passion. Her care for the sick nuns was especially loving. She also counseled lay people who came to her monastery.

Beatified in 1626, Rita was not canonized until 1900. She has acquired the reputation, together with Saint Jude, as a saint of impossible cases. Many people visit her tomb each year.